Given that we are now more or less officially in the holiday season, my thoughts naturally turn to the topic of firearms.

And there are a few gaps on my wishlist that need filling.

First, via Boing Boing, we have this astonishing chainsaw bayonet attachment for an assault rifle.

It might be a bit unwieldy for home defence, but as Cory Doctorow and Neatorama agree, this might make an ideal anti-Zombie weapon.

And, as the video shows, it also kills pumpkins dead.

The creativity of the chainsaw bayonet reminded me of a video I'd seen some time ago (though I've forgotten where), demonstrating the FMG9 folding sub-machinegun:

Remember: 'if it gets nasty, get down to business.'

It makes an ideal stocking stuffer.

Elsewhere recently, Dale (who we are delighted to see has also said 'Hebbo!' to Tarvu) has had his eye on a Remington Model 700 XCR. ('Extreme conditions call for an extreme gun', as the promotional material says, and I can't fault that logic.)

However, he was unhappy with this picture.

What is the reason for Dale's discontent? After all, this is a very handsome rifle indeed. Well...

It's that this image was gotten to by clicking a hyperlink located directly beneath a heading of "Select Your Left-Hand Firearm" on a page titled "Remington Left-Hand Firearms." Does that look like a firearm for a left-handed shooter? Well, does it, punk? Do you feel lucky? No. It doesn't look like that, and I can tell you don't feel lucky. The bolt is sitting directly in the left-handed shooter's face -- exactly the sort of design characteristic that flags a rifle as an ungainly right-handed tool when it comes into the hands of a peace-loving, easygoing, handsome, charming, modest left-handed shooter.

Being right handed, I've never had to consider this (as in most other spheres of life, we northpaws are also well catered to by the arms industry), but in an Independent article that The Wife just sent me, I see that Dale is not alone.

None other than Angelina Jolie has battled a similar problem, we are informed:

[She] had to have guns specially made so that she could reload them easily for the film Lara Croft: Tomb Raider.

Just something else to keep in mind when buying guns for your loved ones this holiday season. (I am assured that Santa's workshop has a very capable gunsmith on staff, who is quite capable of making any necessary adjustments).

What relevance Ms. Jolie's reloading problems have to an article on the academic performance of left-handed students escapes me, but that's perhaps an issue for another time.

In the meantime, have a happy and safe holiday season.

But watch out for those pumpkins, and, if necessary, get down to business.

[UPDATE]: Should the chainsaw bayonet, the folding sub-machinegun or a left-handed rifle break your recession-era Christmas budget, you may just want to give your nearest and dearest gun lover an appropriately themed poster. 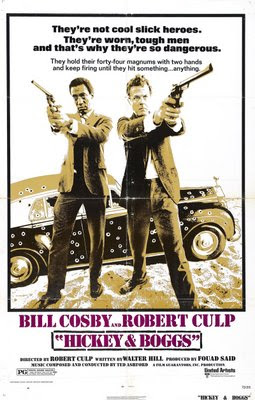 (via the fine people at Popcorn & Sticky Floors)
Posted by Unknown at 12:23 pm