Authorities in Berlin are worried about Gerhard A. and his 500 budgies. So they should be - quite obviously it is a crazy thing to want to keep several hundred of Melopsittacus undulatus in your tiny apartment.


This is a sad story, I grant you that. However, my immediate association on reading about this poor man - apart from Burt Lancaster and Alcatraz - was a passage from Dracula:

[Renfield] has managed to get a sparrow, and has already partially tamed it.His means of taming is simple, for already the spiders have diminished. Those that do remain, however, are well fed, for he still brings in the flies by tempting them with his food.

19 July--We are progressing. My friend has now a whole colony of sparrows, and his flies and spiders are almost obliterated. When I came in he ran to me and said he wanted to ask me a great favour, a very, very great favour. And as he spoke, he fawned on me like a dog.

I was not unprepared for this request, for I had noticed how his pets went on increasing in size and vivacity, but I did not care that his pretty family of tame sparrows should be wiped out in the same manner as the flies and spiders. So I said I would see about it, and asked him if he would not rather have a cat than a kitten.

His eagerness betrayed him as he answered, "Oh, yes, I would like a cat! I only asked for a kitten lest you should refuse me a cat. No one would refuse me a kitten, would they?"

I shook my head, and said that at present I feared it would not be possible, but that I would see about it. His face fell, and I could see a warning of danger in it, for there was a sudden fierce, sidelong look which meant killing. The man is an undeveloped homicidal maniac. I shall test him with his present craving and see how it will work out, then I shall know more.

10 pm.--I have visited him again and found him sitting in a corner brooding. When I came in he threw himself on his knees before me and implored me to let him have a cat, that his salvation depended upon it.

I was firm, however, and told him that he could not have it, whereupon he went without a word, and sat down, gnawing his fingers, in the corner where I had found him. I shall see him in the morning early.

20 July.--Visited Renfield very early, before attendant went his rounds. Found him up and humming a tune. He was spreading out his sugar, which he had saved, in the window, and was manifestly beginning his fly catching again, and beginning it cheerfully and with a good grace.

I looked around for his birds, and not seeing them, asked him where they were. He replied, without turning round, that they had all flown away. There were a few feathers about the room and on his pillow a drop of blood. I said nothing, but went and told the keeper to report to me if there were anything odd about him during the day.

11 am.--The attendant has just been to see me to say that Renfield has been very sick and has disgorged a whole lot of feathers. "My belief is, doctor," he said, "that he has eaten his birds, and that he just took and ate them raw!"

Which is why the beige psychologist's benevolent commentary on A.'s multiple disorders in the video will not do. The man needs shock therapy - of the sort that involves having to walk around Charlottenburg in a pea green Crimplene suit and a Kelly Bag in hand: 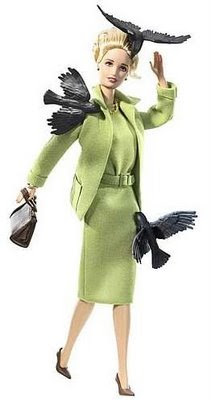