'For goodness sake, grow up'

I'm not, to be sure, on ex-Archbeard Williams's 'side', but there are a few things he said here which are definitely not wrong.

Such as on the issue of words and their use.

"When you've had any contact with real persecuted minorities you learn to use the word very chastely," he said. "Persecution is not being made to feel mildly uncomfortable. 'For goodness sake, grow up,' I want to say."

True persecution was "systematic brutality and often murderous hostility that means that every morning you wonder if you and your children are going to live through the day". He cited the experience of a woman he met in India "who had seen her husband butchered by a mob".

He added: "Speaking from the Christian tradition, the idea that being spiritual is just about having nice experiences is rather laughable. Most people who have written seriously about the life of the spirit in Christianity and Judaism spend a lot of their time telling you how absolutely bloody awful it is."


It's striking how similar some of the comments he made here are similar to those sometimes made within a group of (mainly Anglican) Christian intellectuals in the 1930s and 1940s that I'm currently researching.

"The risk of being reduced to an NGO, another woolly, well-meaning liberal thinktank or ambulance service – that's not a fate I would relish for my church," he said.

I can see that, I have to say. 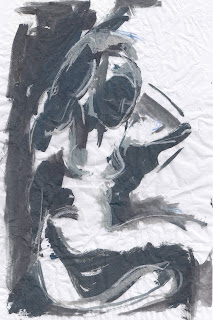 Posted by https://obscenedesserts.blogspot.com/ at 3:08 pm No comments:

Email ThisBlogThis!Share to TwitterShare to FacebookShare to Pinterest
Labels: art, The Wife, things that can make you happy, vanity

'Initiative in a world afflicted with comprehensive helplessness'

That Bruce Sterling, he does have a way with words.

This time about Messrs. Assange, Manning and Snowden and the the consequences that have followed in the wake of the secrets they have revealed.


It’s a wrestling match of virtuality and actuality, an irruption of the physical into the digital. It’s all about Bradley shivering naked in his solitary cage, and Julian diligently typing in his book-lined closet at the embassy, and Ed bagging out behind the plastic seating of some airport, in a jetlag fit of black globalization that went on for a solid month.

And, those tiny, confined, somehow united spaces are the moral high ground. That’s where it is right now, that’s what it looks like these days.

You can see that in the recent epic photo of Richard Stallman — the Saint Francis of Free Software, the kind of raw crank who preaches to birds and wanders the planet shoeless – shoulder-to-shoulder with an unshaven Assange, sporting his manly work shirt. The two of them, jointly holding up a little propaganda pic of Edward Snowden.

They have the beatific look of righteousness rewarded. Che Guevara in his starred beret had more self-doubt than these guys. They are thrilled with themselves.

People, you couldn’t trust any of these three guys to go down to the corner grocery for a pack of cigarettes. Stallman would bring you tiny peat-pots of baby tobacco plants, then tell you to grow your own. Assange would buy the cigarettes, but smoke them all himself while coding up something unworkable. And Ed would set fire to himself, to prove to an innocent mankind that tobacco is a monstrous and cancerous evil that must be exposed at all costs.

And yet the three of them together, they look just amazing. They are fantastic figures, like the promise of otherworldly aid from a superhero comic. They are visibly stronger than they’ve ever been before. They have the initiative in a world afflicted with comprehensive helplessness.

I can't judge whether Sterling is right about his conclusions.

But can say that this essay is certainly one of the most interesting things I've read on this topic.

And that, for the moment is enough.

Well that and another another killer line from the same essay: 'Personal computers can have users, but social media has livestock.'

(Thanks to Simon at Ballardian for bringing this to my attention.)
Posted by JCWood at 5:41 pm No comments: