At the end of a Guardian article which is a bit tiresome in its generational navel-gazing there are a few interesting passages on how to best manage that inevitable process of getting older:

In his 2003 book Aging Well, George Vaillant, an American psychiatrist, drew lessons from three longitudinal studies that followed 824 people – the parents of the baby boomers – for more than 60 years. He was fascinated by why some became "sad sick" as the years progressed and others "happy well". One of the studies selected a Harvard group for their soundness of mind. Yet a third had suffered mental illness by their 50s. "They were normal when I picked them," one researcher told Vaillant, "It must have been the psychiatrists who screwed them up." Childhood isn't decisive. How you start out, Vaillant learned, is no indicator of where you will end up.

He looked at those people, male and female, who had fared well emotionally as octogenarians and saw patterns in their 50s that gave signals. They were in a stable relationship, did not smoke, drank little, exercised, had a normal weight and had the maturity to handle emotional issues well, "and make a lemon into lemonade". Comfortable in their own skins, they would not have mouthed the words of Willy Loman in Death of a Salesman: "I still feel kind of temporary about myself."

It is this "social aptitude" or emotional literacy that Vaillant discovered, not intellectual brilliance, or income or parental social class or genes that leads to successful ageing – that is being rich in well being and not alone.

Some of the wealthy in his studies died alone, prematurely and miserably just like a number of the poorest.


Moderation, consistency, loyalty, a lack of self-obsession and being a Mensch. Not exactly a surprising list.

But I've heard worse advice.
Posted by JCWood at 12:19 pm No comments:

Email ThisBlogThis!Share to TwitterShare to FacebookShare to Pinterest
Labels: am not getting any younger, I'm getting old and I need something to rely on, life, The fucking ageing process, wise words

The view from afar

Rest assured, it's only partly accurate.
Posted by JCWood at 9:57 pm No comments: 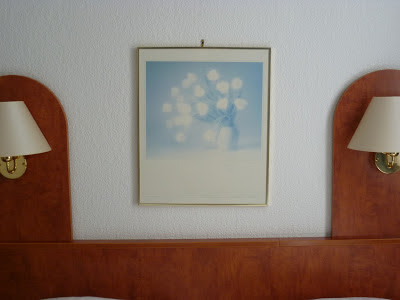 Hotel Stadt Hannover, Göttingen, Germany (June 2013)
Posted by JCWood at 10:02 am No comments:

If we had to take up arms again, my heart would shed a tear

Am just getting ready to head off to Göttingen to give a talk (pdf) on my new project.

I've never been there before.

But this song about it sure is pretty.


(English translation of lyrics)
Posted by JCWood at 8:45 am No comments:

"I can understand that people want to feel special and important and so on, but that self-obsession seems a bit pathetic somehow. Not being able to accept that you're just this collection of cells, intelligent to whatever degree, capable of feeling emotion to whatever degree, for a limited amount of time and so on, on this tiny little rock orbiting this not particularly important sun in one of just 400m galaxies, and whatever other levels of reality there might be via something like brane-theory [of multiple dimensions] … really, it's not about you. It's what religion does with this drive for acknowledgement of self-importance that really gets up my nose. 'Yeah, yeah, your individual consciousness is so important to the universe that it must be preserved at all costs' – oh, please. Do try to get a grip of something other than your self-obsession. How Californian. The idea that at all costs, no matter what, it always has to be all about you. Well, I think not."


I think not too.

Posted by JCWood at 9:41 pm No comments:

On loving thy archbishop as you suggest he loves himself

Some harsh words, at least by Anglican standards, are brought to our attention by Barbara Ellen at the Guardian:

This week, a somewhat unusual religious story. After Justin Welby's recent anti-gay marriage speech, Rev Marcus Ramshaw went on to Facebook to denounce him as a "wanker" (yes, you did read right). Saying that the archbishop did not speak for him, Ramshaw also called Welby a "massive mistake" and said he was getting up a petition for him to resign.

Some of us took a moment at this point: did a reverend just call the archbishop of Canterbury a "wanker"? Was it a communal hallucination, or perhaps a long-lost Chris Morris sketch? Could somebody step in and control this situation please! As if on cue, Church of England director of communications Rev Arun Arora went online to admonish Ramshaw, saying: "Calling another Christian a wanker doesn't work for me as a priestly response." An agreement was reached for Ramshaw to delete his comments. Arora added: "I think any right-minded person would find a priest calling his archbishop an onanist to be utterly outrageous."


Or, of course, a right-minded person might find it utterly amusing.

Not least since the church has now done its bit to resurrect the under-used word 'onanist'.

Posted by JCWood at 8:34 am No comments: 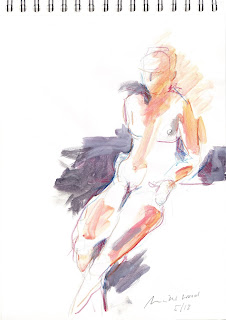 Posted by https://obscenedesserts.blogspot.com/ at 11:22 am No comments:

Email ThisBlogThis!Share to TwitterShare to FacebookShare to Pinterest
Labels: art, The Wife

An interesting historical comparison at Blood & Treasure regarding the current unrest in Turkey:

Historically, the whole thing has a 19th century French feel to it, in the sense of government dominated by a pious, provincial bourgeoisie wanting to tame the big city antinomians. But reading about this stuff it’s amazing how well a certain type of – in this case – Islamic piety dovetails with neoliberal concepts of modernization. Maybe that shouldn’t be so surprising when you look at places like Dubai, but it’s remarkable how exact the comparisons are. The same basic suspicion of ‘urbanity’ in the widest sense of the word, the dislike for forms of life, commerce and culture perceived to be messy or low prestige, the way in which a form of commercial standardization seems to complement or substitute for a repressive moral code and the way in which the only unthreatening secular activity that the economic, political and in this case religious establishment can imagine is shopping.


I am in no way competent to address the complicated political situation in Turkey (the list of various grievances cited in the above-linked post is pretty illuminating), but this makes it seem like something more immediately graspable.