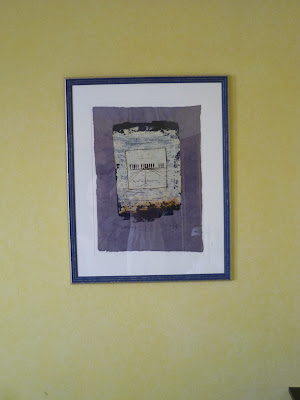 Linguist Hans-Martin Gauger spent several years comparing swearwords in 15 different languages and concluded not so much that Germans were inordinately obsessed with faecal matters, but that there were inordinately reluctant to use sexual metaphors to express negative sentiments.

Look up "motherfucker" in the Langenscheidt dictionary and you get Arschloch (arsehole). In German you don't say: "Verfick dich (fuck off)," but "Verpiss dich (piss off)"; you don't feel "fucked off" but "beschissen (shat upon)". Even Johann Wolfgang von Goethe was happy to use the filthy German equivalent of "kiss my arse" in his 1773 play Götz von Berlichingen: "Er aber, sag's ihm, er kann mich im Arsche lecken!" Only the Swedes share a similar reluctance to use sexual metaphors as swearwords.

Gauger admits that, with the globalisation of German, that reluctance is starting to wear off, but he insists that Germans should, at any rate, not be ashamed of their linguistic habit, but proud of it. "I find it much more troubling when we use sexual organs as terms of abuse."

On the other hand, the amazingly easy, effective and somehow elegant all-purpose obscenity of the f-word is one thing I do miss in German.

We actually do have a wedding anniversary later this month, but that's not what I mean here.

The one I'm referring to is an anniversary of a rather different nature.

Tomorrow is the 85th anniversary of the opening of the trial of Beatrice Pace for the alleged arsenic murder of her husband Harry. Although the case has, today, largely been forgotten, it was a massive press sensation in the late 1920s and even led to political debates about the fairness and functioning of Britain's justice system.

My recent book, The Most Remarkable Woman in England, examines this dramatic case from several angles and sets it within the fascinating cultural context of inter-war Britain.

Now that summer, it seems, has finally arrived.