Noted, over lunch, in a post at Blood & Treasure about Rudolf Herzog's recent book on humour in Nazi Germany:

Nazi actions are, at times, the funniest things in the book. For instance, when a circus performer taught his apes to give the Hitler salute, a law was passed forbidding apes from doing so on pain of death.

This rang a bell, as the other day I was reading about another group of apes who, in certain circumstances, seem compelled -- as if by an irresistable force -- to give such salutes.
Posted by JCWood at 12:42 pm No comments:

We held on to hope and better days coming, and when we did we were right

If I were a rat in some kind of Skinner Box experiment, I would want pressing down on my little positive-reinforcement lever to lead to something like this: a video combining The Mountain Goats, a live performance in Chicago and a bitter-yet-hopeful song about high school.

Man, I would press that lever all day long.

Justice delayed but not denied(?)

There is an intriguing report from the Telegraph today regarding the investigation into the killing of Police Constable Yvonne Fletcher in 1984 in London while she was policing a demonstration in front of the Libyan embassy:


Following the collapse of Muammar Gaddafi’s regime, Scotland Yard, which has kept the case open, is planning to send officers to Libya in the hope of bringing the suspected killer and his alleged accomplices to justice. Mr Ameri was identified by a witness in a 140-page secret review of evidence conducted at the request of the Metropolitan Police. The report, seen by The Daily Telegraph, was written by a senior Canadian prosecutor and addressed to Sue Hemming, the head of counter-terrorism at the Crown Prosecution Service. Pc Fletcher was killed by a single bullet that hit her in the abdomen. An 11-day armed siege followed that ended when 30 Libyans from the embassy were deported. No one has ever been charged with killing the officer.

Here, also via the Telegraph, is an original report from ITN on the incident:

There are various kinds of justice to be done with the (apparent) collapse of the Gaddafi regime: the death of PC Fletcher -- and the wounding of several demonstrators -- is only a part of it, but an important one nonetheless.
Posted by JCWood at 10:41 pm No comments:

Not so much a garden, more a defensive perimeter 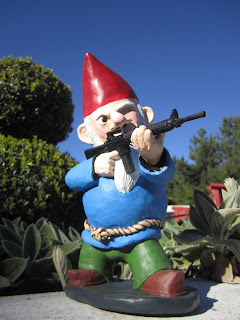 Available from Etsy, found via Boing Boing.
Posted by JCWood at 9:18 am 2 comments: 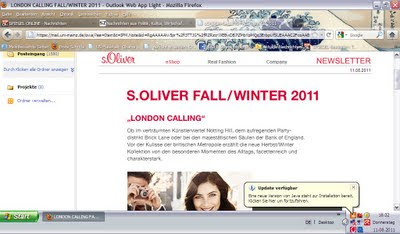 How avant-garde!
Posted by https://obscenedesserts.blogspot.com/ at 6:37 pm No comments:

Email ThisBlogThis!Share to TwitterShare to FacebookShare to Pinterest
Labels: coincidence, fashion, The Wife, trivia (but maybe not so), wtf

Interestingly enough, a few weeks ago, a BBC radio series based on records from the Old Bailey Sessions Papers considered riots in the eighteenth century.

Among the commentators is my friend and former colleague at the Open University, Prof. Peter King, now at Leicester, along with another historian I've shared more than a few drinks with, Tim Hitchcock.

Worth a listen if you're interested in 'tumults and riotous assemblies'.

Not to be forgotten...

Very much liked Shuggy's comment on the (so far solely) English riots:

Why do people go on the rampage? Really have to insist that the right doesn't get a monopoly on having a pessimistic view of the human condition. People do this sort of thing because they are arseholes and because they can. As Chris says, you need structures where the the costs of rioting outweigh the benefits. The difference between left and right is the former traditionally does not see the costs solely in terms of putative criminal justice. But the left has traditionally seen a role for criminal justice and it's a tradition worth maintaining. Or alternatively you could pretend a bunch of feral scumbags stealing DVD players are at the vanguard of the English revolution - if you want to go on looking like a complete tit, that it.

Norm, too, had a (rather more cautiously worded) comment worth reading.

Email ThisBlogThis!Share to TwitterShare to FacebookShare to Pinterest
Labels: Britain or at least part of it, decivilising processes, I predict a riot, law n order, people I would much rather kick in the eye, pessimism

For any of our British friends who are looking for a new and highly challenging job with (I imagine) a decent salary and good benefits, I noted this announcement at the BBC newsticker:

So, dust off those CVs, people!

And for anyone looking for something a bit more light-hearted about something which is thoroughly depressing, you could do much worse than Photoshoplooter.

These people, after all, deserve to be mocked.

Posted by JCWood at 9:53 pm No comments:

A few things run across this morning with regard to the rioting in London that restore my faith in British society.


"If we're fighting for a cause let's fight for a fucking cause. You lot piss me the fuck off."

That about sums it up.

Dip your scarves in iron

"These are troubled times and so."

We saw this excellent band just before we disappeared on vacation.

Was played on way to work today.

Fighting them on the beaches...and at the carpet stores

Along with providing evidence for how a new generation of politically aware youth is finding creative ways of Sticking it to The Man by, er, torching a carpet store, this image reminds us again that the Daily Mail is always capable of finding the Second World War reference in any story. 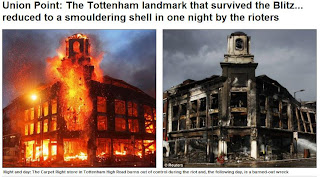 In a world that's gone mad, it's good to see that some things can still be relied upon.

I don't really have much to add to the discussion about the riots in various parts of London over the last couple of nights (other than finding them pretty appalling and pointless...as are the infinitely more costly riots going on in today's financial markets).

But in reading coverage about events in Tottenham, Enfield, Brixton and elsewhere (such as this interesting piece about the role of Blackberry Messaging service in helping to organise the mayhem) I've stumbled more than a few times over a bit of terminology that I hadn't expected and which, because of my interest in the history of policing, intrigues me.

Since when have cops in Britain been referred to as 'the Feds'?


Mark Duggan, whose shooting by police sparked the disturbances, used Blackberry Messenger to send his last message to his girlfriend, Semone Wilson, 29, writing: “The Feds are following me."


Since the UK is a unitary (and not a federal) state, this doesn't really make sense (not that slang ever really has to), and I'm assuming that it's borrowed from the US. (Transmitted by...what, music? The Wire?)

Having written about another instance of the transfer of policing-related slang from America to Britain in the early twentieth century (i.e., 'the third degree'...it seems the original article is freely available at the moment, so get it while you can), I'd be interested to know whether anyone who is a bit more hip to what the young people are saying these days might be able to enlighten me.