Over at Reason, there is an intriguing review of Harvard professor Harvey C. Mansfield's book, Manliness. The book's argument, such as it is, is summarised by reviewer Cathy Young as follows:

Men - the manly kind, at least - are by nature strong, dominant, aggressive, self-confident risk takers. Women are the weaker sex, dammit, and they ought to face this fact, stop trying to be men, and temper the excesses of manliness with nurturance and gentle criticism.

Mansfield, Young points out, has been riding this hobby horse for several years now, bemoaning the loss of an older and presumably more genuine male lifestyle and its replacement by some kind of post-feminist wimpism.

Two thoughts, however, come spontaneously to mind on reading several of Mansfield's comments. The first: how did this guy get a job at Harvard? The second: it seems an awfully strange thing to say that what the world needs now is more aggressive masculinity.

It would be easy enough to laugh off Mansfield's nostalgia for a world of 'real men' were it not for the fact that, as Young points out, he seems to be part of a broader movement. Indeed, 'a conservative cult of manliness has been on the rise for some time now.' 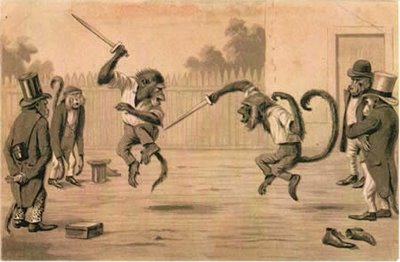 The cult of manliness is visible enough, but it's not only been on the right. It was not all that long ago that Susan Falludi was touring round with Fight Club author Chuck Palahniuk bemoaning the plight of modern men bereft of a solid masculine identity. Fight Club (first published ten years ago, believe it or not) was itself a vivid - if ultimately unsatisfying - exploration of modern manhood. The right-wing version of all this agonising about modern men is far more predictable; it is also, in many ways, less sophisticated than even Fight Club's rather one-dimensional advocacy on behalf of the male of the species.

It may often be the case, as Mansfield writes, that 'the manly man struts and boasts'. It is also true that such behaviour has been a central element in the mainstream sex-roles of most customary cultures. But not only did the traditional manly man strut and boast, he also fought regularly with and (somewhat less regularly) killed his equally boastful brethren.

Which raises the question: do conservatives longing for a return of 'traditional manhood' really know what they're in for? If so, they should be a little bit more honest with the American people. (Such honesty has not been a conservative strong point in recent times - another 'traditional value' bites the dust - but there we are.)

In my book on nineteenth-century English violence, I focused on the tradition of ritualised street fighting among working-class men. There was also, of course, a more well-known tradition of aristocratic duelling. The English were by no means alone in ritualising the inevitable conflicts among their rather touchy, honour-obsessed strutting males, as historians such as Thomas Gallant, Roger Lane and Pieter Spierenburg, among others, have pointed out. Historical research on this topic is now extensive. 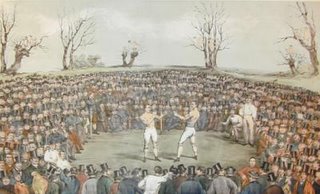 There were many, many differences in detail between the fighting cultures, say, of the Greek Mediterranean, early-modern Amsterdam or nineteenth-century Chicago, but they were also remarkably similar in that male 'honour' - in one specific form or another - was highly prized, and challenges to it entailed its defence through the threat, and sometimes the use, of violence. The results were also similar: it was not uncommon for men to kill other men for what, to an outsider, would seem minor slights. In many of these societies, the most common form of homicide was the killing of a man by another man as the result of an argument. And such conflicts were a prominent part of public life, particularly for the vast majority of peasants and the urban working classes.

Bloody bar brawls: is this what social conservatives want?

Alongside the 1950s, the period most beloved of social conservatives is something loosely known as the 'Victorian' age (a term which strangely enough even seems to be used by patriotic American conservatives who are presumably proud of having thrown off the royalist yoke). But a closer look at that time makes clear that these manly men, of course, not only fought other men in a stand-up fair fight, but also used no shortage of physical brutality in keeping their wives and children in line. (When it came to the children there were many women who eagerly partcipated in avoiding the sparing of the rod, and, of course, there have always been those anomalous marriages in which the wife has abused the husband.)

The right of men to use 'disciplinary' violence was not unlimited, and recent histories have sometimes emphasised that there was a great deal more public and official concern for abused women already emerging, say, in the nineteenth century than previously assumed. However, anyone calling for the reinstating of 'traditional' gender roles should be aware of what this really means. As the author of the most detailed recent study of male violence in the Victorian era, Martin Wiener, has pointed out, 'In the modern world, one of the most fundamental obstacles to social order and peace has been the nature of males.'

This is a lesson which not only history but also any halfway alert glance around at current society should teach. It may be that homicide rates have declined overall in America over the last decade or so, but there remain no shortage of 'strutting, boastful' young men out there willing to wreak havoc if they feel 'disrespected'. There they are in Britain as well, where the weekend streetfight seems, if anything, to be making a comeback. 'Honour killings'? Very traditional, them. Looking more broadly at the most crisis-prone areas of the world today, it becomes difficult to mourn (or even discern) a decline in traditionally male virtues such as aggression, dominance and the violent defence of personal, family or national honour.

It seems to me, then, that Mansfield and the other people mentioned by Young as longing for some kind of return of manliness (and is it just me or is there something creepy about conservative women getting together at supposedly intellectual roundtables and celebrating the return of the stud?) really don't know what it is they're talking about. They can't really want 'manliness' in its traditional form - since the hard-drinking, hard-fighting and womanising behaviour it entails would seem to contradict their other core values.

Nevertheless, they've fallen in love with the notion that liberals, feminists and intellectuals have stolen something essential to their (imagined) narrative of national greatness. So, it's not so much manliness itself as its idea which appeals to them. Not manliness, but maybe what we could call 'manliness-ness', the destruction of which they can add to a long list of grievances against the left (and modern conservatism seems increasingly something based entirely on grievances). But their 'manliness-ness' is a caricatured, non-reality-based fantasy of an imaginary lost ideal. 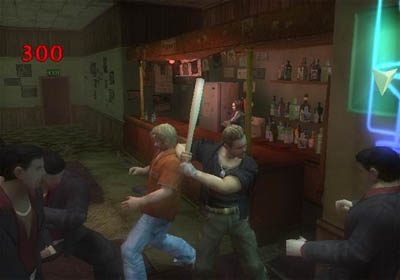 Two contradictions (at least) become apparent. One is that social conservatives, who ostensibly want social cohesion, are encouraging forms of behaviour which are more violent and socially destabilising (or am I somehow missing how pub brawls and domestic violence serve to promote family values?) . The second is that social conservatives are using a vocabulary as to what is 'natural' while, in other areas of their ideology, rejecting the most fundamental understanding of nature which humanity has ever developed: evolutionary theory. If you reject seeing human beings as animals, what value can arguments from 'nature' have? (The recent farcical attempt to enthrone the emperor penguin as an exemplar of monogamous family values revealed this as well as anything else.)

Of course, there are many liberal, right-thinking sorts who have their own mistaken notions: one related to sex differences and another about the basic goodness of humankind in the state of nature. The assumption that there are no meanigful biological or innate psychological distinctions between men and women was - always - a fairly dubious one, and it is increasingly being undermined. Even a simple cross-cultural survey of the history and anthropology of violence should suffice to crush the more absolutist varieties of social constructionism. And what we now know about tribal, hunter-gatherer societies (the type of social organisation in which Homo sapiens spent the longest period of its more recent evolutionary development) suggests that they are typically plagued by chronic warfare as bloody, on a proportional scale, as the twentieth century's (and possibly more so).

There is no need to call for a 'return' of traditional manliness. In many ways, it's never gone away. Most advanced societies, however, have to some extent succeeded in containing it, through a combination of legal, social and economic trends. That it lurks there, however, behind a far more civilised facade was one of the central - and most insightful - suggestions of David Cronenberg's recent film, A History of Violence.

Why do there seem to be so many, on both the left and the right, who idealise either a naive primitivism or a bloody traditionalism? Are the real, though partial and always unstable, civilising achievements of the past couple of centuries really to be held in such contempt?

Those who do long for a return of the 'real man' should be careful what they wish for.