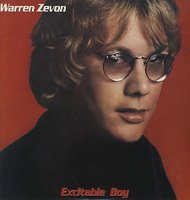 Music is a very strange thing.

I’ve now reached the age at which I can look back on two decades of musical taste. This is a sometimes disturbing thing to do. Partly because of what you find there. Partly simply because there’s so much there.

When I think back across that time, it’s even possible to identify fairly well-defined periods. I’m also able to categorise the music according to its longevity as part of my existence. There are continuities, things I loved at 16 or 17 as much as I do now and which never really dropped beneath my music radar (say, The Smiths, Billy Bragg or the Replacements). There are, of course, those things which became important to me only later or even very recently (like The Books, Belle & Sebastian or the Flaming Lips), sometimes because they didn’t exist back then.

There are also those groups which sort of disappeared somewhere along the way, who should, really, stay lost (to save face, these shall remain unnamed…everyone makes mistakes, after all). And then there’s that curious category of music which I once loved, which then faded away, and which I’m now rediscovering.

In this last category, I am happy to include Warren Zevon.

I’m not sure how much resonance that name has with anyone reading this. But for a few of my late teenage years, his album Excitable Boy was one of the most listened to albums (um, cassette tape, I think) in my limited music collection. (In retrospect, it probably wasn’t any more limited than most Midwestern teenagers, but it was pretty small in retrospect and contained way too much Phil Collins.)

Zevon was a strange choice for a teenager to admire in the mid 80s. The album, after all, was quintessentially mid-70s singer-songwriter stuff, and perhaps not exactly what you might have then – or since – thought of as cool. I mean, Zevon had worked with the Everly Brothers and Jackson Browne. Not really what was ‘in’ in 1985.

I don’t even recall how I first discovered him (probably through a friend), but songs such as ‘Excitable Boy’, ‘Werewolves of London’ and ‘Roland the Headless Thompson Gunner’ had something peculiar which made them really attractive. It may have been that strange, dark edginess which they evoked, some kind of messed-up, perpendicular-to-reality quality which I later came to see as rooted in one side of the 1970s. In the opposite side of the one which has continued to define it. You know, the shiny, happy disco thing.

This other side was scarred by war, political disillusionment and the long hangover from the 60s counterculture. These fed into Zevon’s songs about hipster werewolves, spectral mercenaries and sexual perverts. The kind of world haunted by the madness depicted in the writing one of my other teenage icons, Hunter S. Thompson. (Unbeknownst to me at the time, Zevon and Thompson were friends, and in comparing their work, one can see why.)

I never really followed Zevon’s career, but I listened to Excitable Boy over and over. This music became part of me, in a way which music can at that age. 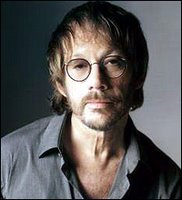 And then, at some point, I stopped listening to it. And I don’t even recall why. Perhaps the cassette broke (as it seemed they were always doing.) Maybe I discovered some new identity and decided this wasn’t really something I wanted to be associated with anymore. Going off to college I had the first chance to really remake myself. I threw a lot of things out.

Then, a couple of years ago – I believe around the time that Zevon died a far too premature death due to lung cancer – one of his songs made it onto a compilation CD which came with a monthly music magazine I bought regularly. The song was ‘My Ride’s Here’. I had read about Zevon’s death, and, in that context, the song not only rekindled my interest, it also took on added resonance.

It became one of my favourite songs, ending up on a lot of my own compilations and on those I sent to friends.

Then, a few weeks ago, something clicked and I needed more. I sought out information about Zevon online. There are some nice videos at YouTube, particularly those from his last live performance, on the Late Show with David Letterman of all places. Then I ordered the best-of collection Genius.

It arrived yesterday. Along with my long lost favourites, I’ve discovered some great songs I wasn’t then aware of, such as ‘Reconsider Me’, ‘Lawyers, Guns and Money’, ‘Splendid Isolation’ and ‘Mutineer’.

The old feeling, I’m amazed to find, is still there. I’m not sure if this says more about me or about the quality of the music.

I’m very glad to have rediscovered this.

But I wish I’d done it earlier.

Email ThisBlogThis!Share to TwitterShare to FacebookShare to Pinterest
Labels: music