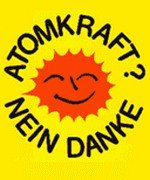 The last couple of weeks have seen some very interesting stories related to that ever-sexy topic of sustainable development.

Sweden, for instance, was forced to shut down a nuclear power plant in Forsmark after it had malfunctioned. Die Welt reports that one reactor was shut down shortly before a meltdown. Two of the four generators which were supposed to switch on to provide emergency electricity failed to do so. Regulators suggest the media has overreacted; however, to be honest, I had a comparatively hard time finding this in other media outside Germany, so I think it’s hard to say that people have been too concerned about this. And, we are talking about a nuclear meltdown. (And one of the grounds for optimism mentioned in that article – namely, that two of the four generators did function – is not really cheering. Or am I being way too much a glass-is-half-empty man on this?)

Sweden, it turns out, produces about half of its electricity through nuclear power. However, like Germany, the country is currently in the process of abandoning nuclear power. Electricity prices have recently shot up dramatically.

Of course, while Sweden is giving up nuclear power, I believe Finland is busy building new nuke plants…probably in part to sell electricity to Sweden. Is it just me, or is it hard to see the progress in all this?

Speaking of melting down: in New York, it seems the enduring heatwave is continuing to put more strain on the power grid. This seems to have become an annual problem in a lot of places. (Is it my imagination, or is this not a fairly recent thing?) California was struggling not too long ago. And now New York faces ‘record demand’ and the electric company tells people to turn off unnecessary appliances.

Which raises my question: is it a good thing that Americans have to be told to turn off things they aren’t using?

And in the Guardian comes an interesting article about a report on the growth of single-person residences. The number of people living alone has been rising dramatically, and may, according to the report cited, lead to an ‘environmental crisis’. In 1971, 12% of households were made up of people living alone. Apparently, this figure may reach 38% by 2026.

The report's author, Dr Jo Williams, said: "Previously, the typical one-person
householder was the widow, often on a tight budget and thrifty. The rise in
younger, wealthier one-person households is having an increasingly serious
impact on the environment."

It said one-person householders are the biggest consumers of energy, land and household goods. They consume 38% more products, 42% more packaging, 55% more electricity and 61% more gas per person than an individual in a four-person household.

I was surprised at the extent to which living alone increases these kinds of environmental impacts, but it’s obvious once you start thinking about it.

The report’s author recommends the expansion of opportunities for communal-style living.

"Regretful loners who are forced into living alone by circumstances create demand for more collaborative lifestyles, such as more widespread co-housing schemes, where you have private space such as a bedroom, bathroom and kitchen but share some living and storage areas," she said.

Studies and environmental planners suggest that high-density living is the most environmentally sound way of organising social life. This makes perfect sense, as it’s a simple way of making places more walkable and making the most efficient use of resources. And some of those artistic renderings of eco-cities of the future are really cool-looking and all.

But on the other hand, do people really want to live that way? How many ‘regretful loners’ are there? Is this something which would appeal to people? If so, what would it take to make them more appealing? I mean, when I think of ‘apartment block’ the images which come to mind are rather more grim than green.

After years of group-house living in college, I was thrilled when I finally got my own apartment. And, I know that I’m pretty ecstatic to have my own house with some green (or, due to the heatwave, more recently brown) land around it. (Environmentalist alibi: we bought an old house in an established community which is walkable with good train connections to other places. We’ve made a few energy-saving renovations and are planning on making more with time. So there.)

What I’m wondering is this. Sprawl is bad. We know that. Many people live with the consequences, and they’re not just all the usual litany of tree-hugging gloom and doom. Sprawl is simply ugly and a hassle and leads to all kinds of plainly obvious Bad Things like long commutes and traffic jams.

But does it help environmentalists to talk about ‘communal living’ and ‘high-density eco-cities’ when it seems a lot of people – even people who take the environment seriously’ may not really want to live that way?

Which brings me back to Sweden and New York.

I make a couple of assumptions. I assume that cheap energy is on the way out over the next couple of decades. I also, perhaps more debatably, think that democracy works as an inherent brake on politicians calling for people to adopt self-sacrificing behaviour (anyone recall the derisive laughter which followed Jimmy Carter’s advice to Americans in the last energy crisis to drive less, lower their thermostats and put on sweaters?). But might not current market trends (steadily rising energy and resource prices) nevertheless force people in one way or another into changing lifestyles? I mean, rather than idealism pulling people into communal living situations (which, let’s face it, is often a nightmare) might not increasing numbers of people be more or less compelled into it by economic necessity?

This optimistic thought to be continued…next week.