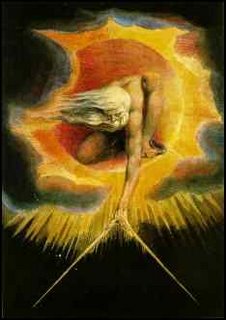 As if a rainy Monday weren't melancholy enough, The Virtual Stoa reminds us that today marks the anniversary of the death of E.P. Thompson.

Thompson's writing, in particular his work on culture and custom (such as the essays collected in his book Customs in Common), was tremendously influential on the way I came to think about history. It's hard to summarise that sort of thing, but two aspects stand out.

The first is that, long before the 'cultural turn' in the humanities, he took 'culture' seriously as a historical force, something he managed without oversimplifying or abstracting it. Emphasising that culture was a product of conflict, he described this process in a way which anchored it firmly in social and economic relations while at the same time avoiding any reduction of culture to some kind of bland 'superstructure' built on top of the mode of production. To the contrary: the cultural world revealed by Thompson was grubby, contradictory and very, very lively.

The second virtue of his work was that while he drew a vivid picture of the 'customary' world which was being destroyed by enclosure and industrialisation, he (for the most part) avoided presenting this world in overly-romanticised terms.

Although a relentless critic of ruling-class oppression, he refused to idealise the oppressed.

For example, one of Thompson's most famous contributions was in his analysis of community punishment rituals known as 'rough music'. These were a means of maintaining local discipline, often through things like effigy burning, singing and (often symbolic) violence aimed at shaming local deviants.

This sounds folksy and even reassuring. But rough music could also be an excuse for drunken orgy or for blackmail. It could legitimise the aggression of youths, and (if one may whisper it) youths are not always, in every historical context, protagonists of rationality or of change. I make the point strongly, arguing in a sense with part of myself, for I find much that attracts me in rough music. It is a property of a society in which justice is not wholly delegated or bureaucriticised, but is enacted by and within the community. Where it is enacted upon an evident malefactor – some officious public figure or a brutal wife-beater – one is tempted to lament the passing of the rites. But the victims were not all of this order.

Thompson admits to the very real struggles involved for a historian when he or she identifies with (or even comes to love) the subjects under study. Moreover, there is something so appealing about the kind of community law enacted by rough music:

Rough music belongs to a mode of life in which some part of the law belongs still to the community and is theirs to enforce. It indicates modes of social self-control and the disciplining of certain kinds of violence and anti-social offence (insults to women, child abuse, wife-beating) which in today’s cities may be breaking down.

However, Thompson follows this up with an extremely important ‘rider’ relevant not only to the past societies he studied, but also to many today. In a time when a word like ‘community’ makes some people go all dreamy-eyed, it is more important than ever to remember something like the following:

Because law belongs to people, and is not alienated, or delegated, it is not thereby made necessarily more “nice” and tolerant, more cosy and folksy. It is only as nice and as tolerant as the prejudices and norms of the folk allow.

I really enjoyed that. If you permit yourself to edit, though, you seem to have doubled up "if law belongs to" in the final quote.

Thanks for the message and for pointing out the needed correction!

Hey John. You make excellent points. Thompson's critics never understood that he was often unromantic about his subject. I have often wondered if they ever really read him in the first place. The Making of the English Working Class is after all, sooo very long.

Thanks for that, Alan. You may be right about people not having read him thoroughly enough. Well, that's it then...from now on, I'm only going to wrote short books.

I must say, though, that I did feel that actually reading Making of the English Working Class all the way through (when I finally managed it) was something I should put on my CV. I didn't in the end, but still, I did consider it.