It's Good Friday, there is -- thanks to the crazy weather (we had a massive hailstorm earlier) -- a truly Biblical "darkness all over the land", and I guess we all deserve a little distraction on a day which tends to be a downer even for a dyed-in-the-wool atheist like me. And anyway, I've been meaning to point you to this interesting article in Der Spiegel about "Germany's secret superbunker" for a few days.

Disturbing to think that German politicians seriously thought that their subterranean Disneyworld (complete with lounge, beauty parlour and a stash of valium against the claustrophobia) would have withstood a full-blown nuclear strike: apparently the complex wasn't deep enough in the first place. And even during a "minor" attack the EMP would have shut down systems completely -- essentially locking in the German chancellor and his entourage forever

... until freed by a Princess who, trying to find the golden ball she had accidentally dropped in a crevice, inadvertently released a secret latch whereby the heavy steel doors would open and out would come ... a terribly dishevelled but still fundamentally sexy Prince Willy -- with his balalaika: 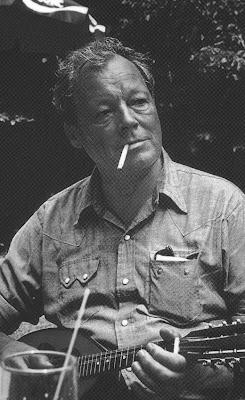 I had one hell of a crush on Willy Brandt when I was about four ....

Most of the 17 kilometres of the complex have been dismantled by now, but a small remaining part is now open to the public. So, as part of your Romantic grand tour down the Rhine, why not go visit. You might pop round for coffee and cheesecake chez nous afterwards ....
Posted by https://obscenedesserts.blogspot.com/ at 4:47 pm