Along with being Europe Day, today is my parents' 63rd wedding anniversary.

They're no longer around to celebrate it.

Here, the happy couple in 1960, about a decade before I appeared on the scene. 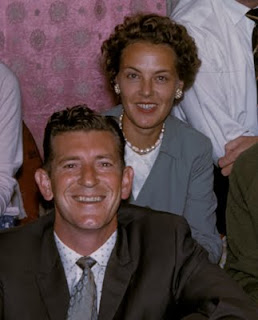 And since yesterday was Mother's Day, here's a bonus photo from the archives, taken sometime in the early 1960s when my mother had just gotten her driver's license. 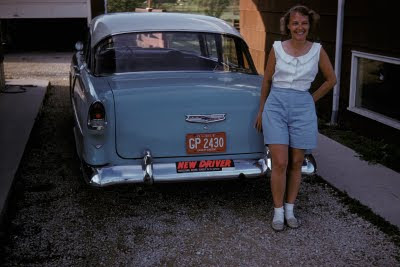 She looks pretty pleased with herself. As she should, having passed her exam in a country that drives, from her perspective, on the wrong side of the road. (She was British before becoming American, you see).

Of course, it may also have something to do with that awesome car she's leaning against....
Posted by Unknown at 9:38 pm