I'm in the process of marking an MA-thesis on Graham Greene which contains a chapter on Brighton Rock. This is why, for the past few days, I have had "Pinball" Wizard going through my head. You know: "From Soho down to Brighton, I must have played them all ...."

Brighton ... Brighton Rock? Oh, the mind works in mysterious ways! Or is it only my mind?

Speaking of videos and academic theses: last week saw another little cluster of associations, following John's absolute need to show me the video of "Kickapoo" by Tenacious D. OK, I said -- go ahead:

As we can see, this is a cannily intertextual clip, what with an unrecognisable Meatloaf playing dour Dad disallowing his offspring to rock -- which is nicely undercut (or -lined?) by the fact that this is recognisably an epically Meatlovian track. Apart from this little internal in-joke, "Kickapoo" is part of the enduring rock-to-the-rescue genre popularised by the likes of Twisted Sister. Which is why the husband, at that moment writhing with teenage nostalgia, made me watch the following, too:

Now, this isn't exactly my kind of music ... at least it didn't use to be. But for the first time in my life I became painfully aware of the true human suffering that is at stake -- in heavy metal in general and this video in particular. The evangelical moron of a father loosening his belt in order not to spare the rod ... on that poor little boy whose only crime is to want to ROCK (John informs me that he believes the correct spelling in this context is "RAWK". So much for American university education). This is painful to watch and saddening to consider. And I am not being facetious now! "We're not gonna take it" is a Blakean hymn to the oppressed, the tied, shackled and manacled, the wretched skinny boys of the Earth.

And this is where the free association kicks in.

On that same day, I had a discussion with a student writing a thesis on children's versions of Gulliver's Travels. She and I were disagreeing somewhat on the question as to what kind of characters children like. Bolshy cynic that I am, I suggested that most children would defy Rousseauian notions of virtue and morality and choose nasty characters instead. Someone like this pugnacious chap: 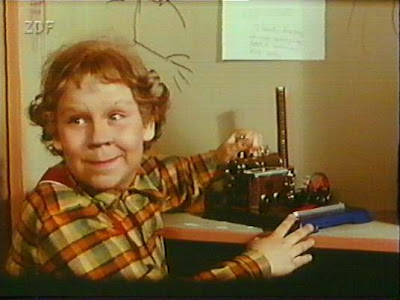 Now, some of you might not know this little guy. But for Astrid Lindgren fans this is the all too familiar visage of Karlsson on the roof -- a vicious cross between a proto-skin school-yard bully (look at that Ben Sherman shirt) and smug civil servant, who loves to make things unpleasant for Lillebror, a little boy living in the house above which Karlsson resides. Significantly, only Lillebror can see Karlsson, which makes the latter his uncanny Doppelgänger: Karlsson is actually Lillebror's dark alter ego -- his own Mr Hyde. Which in turn suggests that kids not only dig nasty guys, but ultimately have to in order to free themselves from the suffocating effects of either parental tyranny or love.

At least, that is how Astrid Lindgren saw it, whose characters -- well, some of them -- were ambiguous enough to call forth a host of anxious educators trying to put a stop to that kind of hazmat. This response included the one character who is probably most reminiscent of Twisted Sister: 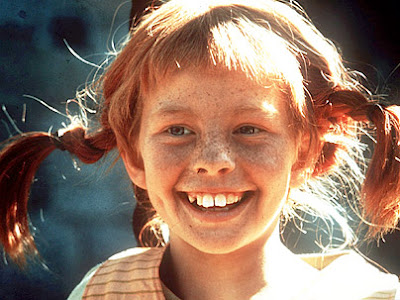 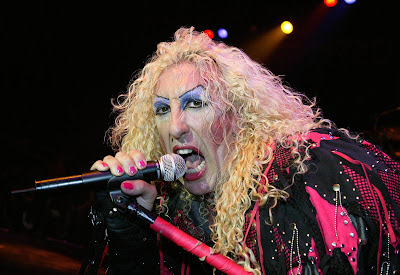 If you are doing research/thesis on Graham Greene you should join The Graham Greene Birthplace Trust (Berkhamsted). See www.grahamgreenebt.org

I have to say that I much preferred the Kickapoo video over that of Twisted sister. The former reminded me of the ecstasy of Ken Russell's visuals in "Tommy" - which, if you haven't seen, you should...

When I was a kid I read a Pippi Longstocking book and detested it. Pippi wasa bully and a liar who in that particular adventure was giving grass-skirted savages totally wrong information about arithmetic. What a nasty, boastful, patronising girl, I thought.

OT the word "Schadenfreude" - meaning pleasure in another misfortunes - is there a further refinement of it when you take pleasure in someone's deserved good fortune because you know it will annoy someone else. Eg I love to see Salman Rushdie celebrated, rich and with gorgeous wives because I think it must really annoy the theocratic head-bangers who tried to have him killed.

I've never read the Pippi books myself...I think it was always the hair that frightened me.

I don't know of a separate term for the kind of emotional construct you describe. It's even more complicated in my case, since -- while I love the fact that all the right people are annoyed by Sir Salman's success -- I'm not really a fan of his writing. (Though he interviews well, I must say.)

Moreover...four divorces (and a reiteration of the probably ineradicable but somehow still tiresome cliché of the May-December relationship...he was pretty close to Woody Allen territory on the last one) are hardly something to take joy in, are they?

And, just to make clear:

I've just dug out the DVD of Tommy and had another wallow in it - champagne, baked beans, chocolate and all. Thoroughly enjoyed it. As I say,if you haven't seen it, you really owe it to yourselves to rectify the situation.

Oh dear, what a traumatic experience! Sounds like you've read the third of the books, which takes place on an exotic island. That one was never my favourite either.

But otherwise your reading experience seems to affirm the educational value of the Pippi-books. "Bullies" and "liars", are common enough and all children ought to learn at an early age that it's a fine skill indeed to dish out "wrong information" in a "patronising" way. It certainly describes the conditions of my professional Absurdistan and I wish I'd heeded the example of Pippi more.

I guess we will have to find a DVD of _Tommy_ soon. It'll contrast nicely with _Cranford_ (the recent BBC heritage triumph) which we watched over the weekend. Lots of weeping ....